Our first port of call after crossing the Bay of Biscay was a small Spanish town called Baiona (Bayona). The first thing we saw after we came out of a thick fog was the lighthouse near El Lobo de Silleiro shining like a beacon through the rapidly dwindling mist. We sailed through the large channel made by the mainland on one side and a group of islands on the other. We saw the lights of Baiona from where we were but went to the other side of the bay to Panjon. 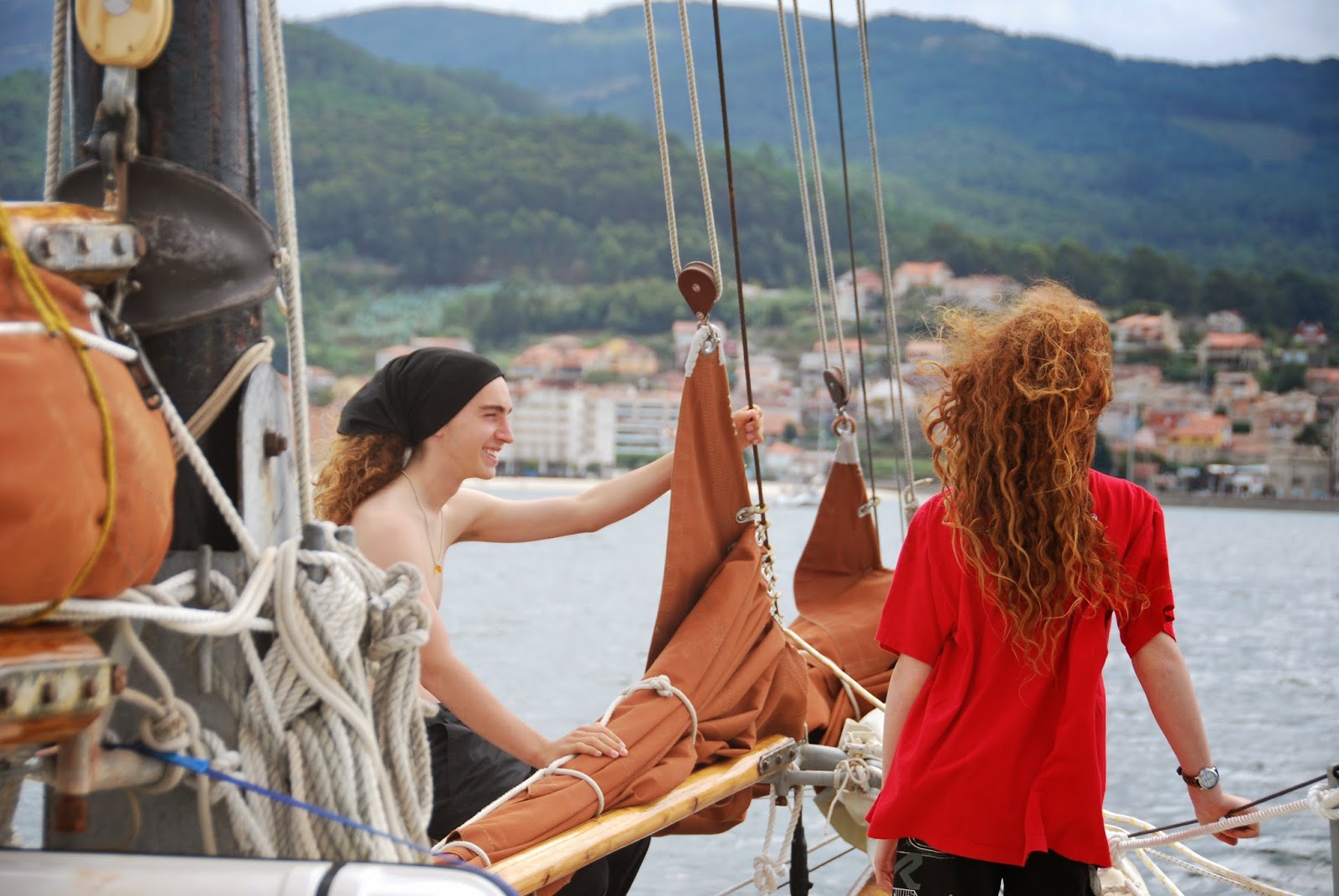 The next morning we went ashore to buy some some fresh fruit and vegetables and connected to the Internet.
We went back to the boat and I went for a swim in Spanish waters. It was warm!!!!!!!!!!!!!!
Later that day we decided we wanted to change places and go over the bay to Baiona instead, so we started the engine on and motored over. We chugged unpleasantly (because I don’t like using the engine) past the breakwater and into the harbour. We anchored and rowed ashore. The warm Spanish air welcomed us to the town and we walked round the headland outside the castle walls. The castle is called Monterreal Fort and is placed on the Monte Boi peninsula. The Celts, Phoenicians and the Romans also built upon the site previously. But now it houses a hotel called Conde de Gondomar. 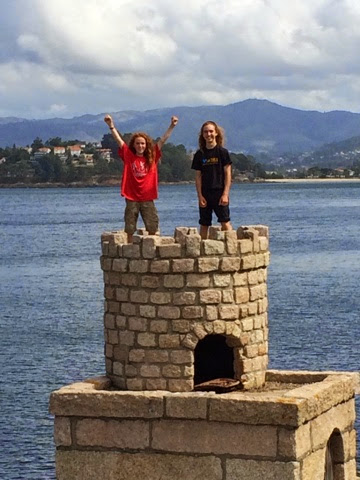 The most famous thing about Baiona is the fact that it is the first town that got news of the ‘discovery’ of America, as it was Columbus’ first landfall after crossing the Atlantic in 1493. A smaller replica of his ship, the Pinta, resides on a pier by the marina. We found some good snorkeling spots and stored them in our memory for later.
The next day mum had a big washing day and cleaned all our clothes (threatening that next time it would be us doing it) and made us wash our hair in the rainwater we had collected. I got out some fenders and tied them together to make a raft so I could paddle around the anchorage in the water. I kept falling off, and Fin said it was a Winnie the Pooh boat, The Floating Boy!
The next day dad got the unicycles out and we took them ashore. My period of non-practice had made me significantly better and I broke my record of rocking-on-the-spot. This was set in Estepona earlier this year and was 113. I later broke it with 115, and here I made it to 170 something. I can also go backwards almost as well as forwards, except I cannot look behind me without losing my balance.
Fin and I went snorkeling and jumping off the breakwater and even at low water it was high enough to jump. (Penzance prom is going to be a cinch now!) 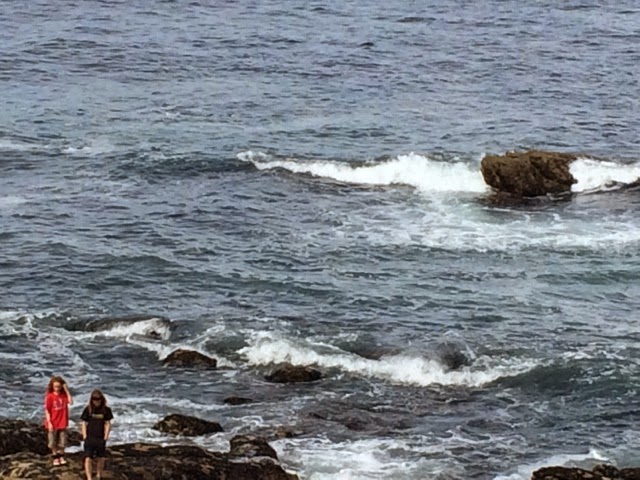 This morning as the rain tried to beat its way through our steel hull, I finished drawing and animating my best walk-cycle yet. Shot at 24 frames per second it was 10 drawings per stride. It is included with this blog.
Currently I am updating it and drawing on top of it to make it into a fox, which I will paint onto some plastic cells.
One night rainy we decided that we should have our first film night, so we watched the Pirates of the Caribbean for the first time. It is good but I prefer the Crimson Pirate.
We are all very frustrated because the wind is staying determinedly southerly.
So we are all stuck here until the wind changes.