Sailing with my parents on 42ft Gaff Cutter Mjojo

The first years of my life were spent sailing and living on the sailing boat Mjojo, which my parents built in Africa.
It was my home, my life, all I knew.


My Mum has written about our adventures and has just self published the book through Amazon.
Amazon link


It is a love story about my parents and also an adventure story.  It is also a fascinating record of Lamu, a small island just off Kenya, before it became a tourist destination.
My father, Rod was working in Uganda in 1965 as an architect with two friends, Colin and David.  When the job was completed my father was inspired to build a boat and sail back to England. He persuaded Colin and David as well as my Mum (which included me as a baby) to be part of this adventure. The 42ft Standing Gaff Cutter Mjojo was built in 9 months, using only tradition tools, by the the local shipwright in Lamu. When we set sail I was not yet two years old.  It was only years later, when we chartered her to the Ocean Youth Club, that she had an engine put in. I never liked the engine because it meant I lost my bunk! We sailed out into the Indian Ocean, to the Seychelles then down towards South Africa.  My sister was born in Durban, and it is here that I have my first memories.  Surprisingly, I remember learning to swim on the surface in a swimming pool with the son of friends of my parents.  I was not quite three and I could already swim underwater. The boy's father would throw a coin down to the bottom of the deep end and we would dive down to see who could get the coin first.  An age-old game which we both loved.


We then sailed to Rio in Brazil where I remember playing with play dough in a strange nursery (a very thin and long room).  I remember my mum going to wash our clothes in the town washing block (by hand). I would get bored and walk around the back where a very old lady would give me a hunk on bread buttered on both sides.
One particularly strong memory is visiting Colin, who had moved ashore. We had to go up the big hill of Rio on a tram, it was very exciting.  I loved Colin and David and the family story is that I called them both Daddy - I have no idea whether my father minded at all! It was here that Colin and David decided to leave the boat to have new adventures. Colin stayed in Rio. and sent me the most wonderful comic strip letters, One particularly vivid story was about the yoghurt that grew so big that it over flowed the kitchen, the house and flowed down the big hill!  We soon left Rio and continued our journey back to the UK via the Azores.
I don't have many actual sailing memories, but I do know I was not allowed to leave the cockpit without permission, and I loved eating potato donuts in the cockpit (they were so good and there were never enough!). I have since found that I have always slept well when in a bunk on a sailing boat that is sailing.
When we eventually arrived in the UK we did not stay long as it was too cold, so we moved down to Southern Spain where I spent many happy years. We lived on Mjojo in Puerto Banus (while the port was being built) for a while. It was here that the sad incident of the tricycle and my sister occurred. We were racing on the quay and I pushed her into the water. Not good because Lulu could not yet swim.  Quick as a flash Dad dived in and rescued Lulu.  But she was not that impressed as her tricycle was at the bottom. So Dad had to dive in again and rescue the tricycle! I don't think she has ever forgiven me for pushing her in.
Sadly my parents subsequently sold Mjojo and she then spent many years in Amsterdam rotting in the fresh water.  Then a Dutch man called Tom bought Mjojo and replaced all the rotten timber and has made her better than new.  Mjojo was originally built with green timber that was cut especially for her. This timber is not very resistant to rot.  We visited Mjojo in Amsterdam (Simon myself and the boys) in 2009. It was strange to see her.  She was so familiar yet so different.  I remember losing toys and lego in the bilges!
Tom sailed Mjojo to Greece where she has been for the last few years. He has made a few changes - added a boom and painted her white. I have heard that Tom might be planning to sail Mjojo out of the Med this autumn.  It would be so special to sail in company with her.
Toms Website
I think I have mostly subconscious memories of being on Mjojo which is reflected by the fact that I feel so at home on a boat, happy and contented.
We don't know what happend to my father (read my Mum's book to find out more) sadly he has not been here to enjoy his four grandsons. He always wanted boys and had to make do with treating me like a boy.
I am so proud of my Mum for writing the book and publishing it herself. We are currently reading it every evening on Island Swift as our family book. The boys think it is hilarious and it is really nice for them to formulate a picture of Rod in their minds. I just wish they had met him. 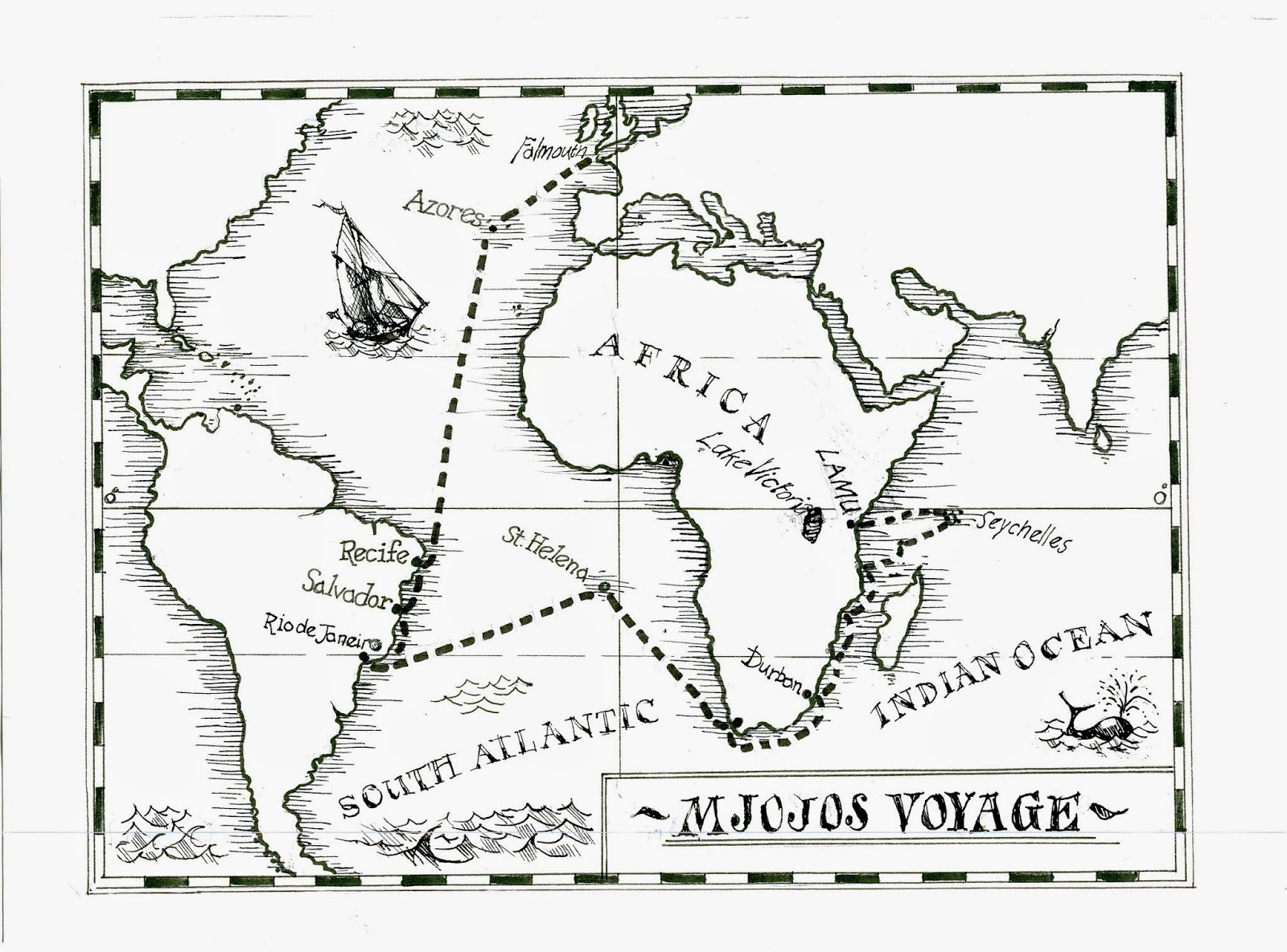 Some of my sailing adventures
Our boat is Island Swift, a 35ft fixed keel gaff cutter, Wylo II designed by Nick Skeates. 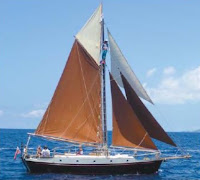